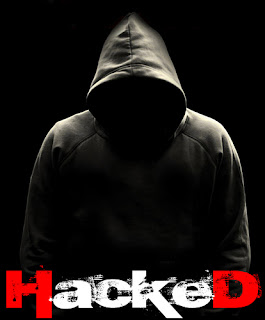 Coronavirus Widens the Money Mule Pool
Riskscreen
By Brian Krebs, Krebs on Security, 17 March 2020
https://www.riskscreen.com/kyc360/news/coronavirus-widens-the-money-mule-pool/
Extract: With many people being laid off or working from home thanks to the Coronavirus pandemic, cybercrooks are almost certain to have more than their usual share of recruitable “money mules” — people who get roped into money laundering schemes under the pretense of a work-at-home job offer. Here’s the story of one upstart mule factory that spoofs a major nonprofit and tells new employees they’ll be collecting and transmitting donations for an international “Coronavirus Relief Fund.”

On the surface, the Web site for the Vasty Health Care Foundation certainly looks legitimate. It includes various sections on funding relief efforts around the globe, explaining that it “connects nonprofits, donors, and companies in nearly every country around the world.” The site says it’s a nonprofit with offices based in Nebraska and Quebec, Canada. The “Vasty Health Care Foundation” is one of several fraudulent Web sites that recruit money mules in the name of helping Coronavirus victims. The content on Vasty’s site was lifted almost entirely from globalgiving.org, a legitimate charity that actually is trying to help people affected by the pandemic.

Another Kind of Outbreak: COVID-19 as Financial Crime Threat
Riskscreen
By Dev Odedra, an independent anti-money laundering and financial crime expert.
18 Mar 2020
https://www.riskscreen.com/kyc360/news/another-kind-of-outbreak-covid-19-as-financial-crime-threat/
Extract: When the World Health Organization (WHO) designated COVID-19 a ‘pandemic’ earlier this month, it understandably left out another concern linked to the outbreak: how financial crooks might exploit it. Whether it is this virus or another in the future, the significant attention and panic that comes with such outbreaks can provide unscrupulous individuals with a new means to exploit others. Currently, statistics on criminality related to the outbreak are limited. Aside from criticising the UK’s response to the viral outbreak, Action Fraud disclosed that it had received 21 reports of fraud linked to the virus last month, with victims’ losses totalling over £800,000. Ten of the reports involved the purchase of face masks from fraudulent sellers. One victim paid £15,000 for the (obviously non-existent) face masks, which never arrived.

The Action Fraud information also highlighted a common scheme that involved fraudsters emailing potential victims and pretending to be from organisations working with the WHO and CDC (Centers for Disease Control and Prevention). The fraudsters claimed to be able to provide a list of infected people in the victim’s area. The victims were then asked to click on links to malicious websites in order to obtain the lists and were at times asked to make payments in Bitcoin. Recorded Future, the cybersecurity and threat intelligence company, released a report that found cybercriminals had been using phishing and malware to target victims in Italy, the United States, Ukraine and particularly Iran. The findings by Recorded Future also detail that, in line with the increase in the spread of the virus, there was an increase in newly registered domain names related to the Coronavirus as cybercriminals potentially realised the use of the “COVID-19 as a cyberattack vector”.

INTERPOL warns of financial fraud linked to COVID-19
13 March 2020
https://www.interpol.int/News-and-Events/News/2020/INTERPOL-warns-of-financial-fraud-linked-to-COVID-19
Extract: Scams linked to the virus include: Telephone fraud – criminals call victims pretending to be clinic or hospital officials, who claim that a relative of the victim has fallen sick with the virus and request payments for medical treatment; Phishing – emails claiming to be from national or global health authorities, with the aim of tricking victims to provide personal credentials or payment details, or to open an attachment containing malware. In many cases, the fraudsters impersonate legitimate companies, using similar names, websites and email addresses in their attempt to trick unsuspecting members of the public, even reaching out proactively via emails and messages on social media platforms.

Monetary loses reported to INTERPOL have been as high as hundreds of thousands of dollars in a single case, and these crimes are crossing international borders. INTERPOL’s Financial Crimes Unit is receiving information from member countries on a near-daily basis regarding fraud cases and requests to assist with stopping fraudulent payments. Targeted victims have primarily been located in Asia, but the criminals have used bank accounts located in other regions such as Europe, to appear as legitimate accounts linked to the company which is being impersonated. To date, INTERPOL has assisted with some 30 COVID-19 related fraud scam cases with links to Asia and Europe, leading to the blocking of 18 bank accounts and freezing of more than USD 730,000 in suspected fraudulent transactions.

With the spread of COVID-19, increased demands for information technology (IT) support services are occurring across nearly all industries, as worldwide employees, students, university faculty, and others are being asked or required to work or study remotely from their homes to reduce the spread of the virus. As a result, nation-state cyber-attack groups and criminal cyber-attack groups are taking maximum advantage to target cyber vulnerabilities in select industries, especially those most impacted by the current crisis.

The Wall Street Journal reported that the CEO of an energy company in the UK (preferred to remain anonymous) was scammed into thinking he was on the phone to his boss who heads the German parent company, asking him to transfer €220,000 to, who the fraudster claimed was a Hungarian supplier. After the third phone call regarding the payment, the CEO began to suspect something was off. After obediently making the first transfer of cash, his “Boss” claimed the money had bounced, asking him to make another payment of the same amount.

The CEO realized it was an imposter when he received notification that the payment had in fact gone through and that the call he was receiving, came from an Austrian number. The company’s insurance company, “Rüdiger Kirsch of Euler Hermes Group SA” said that the investigation revealed that the criminals had used AI voice technology to mimick the voice - even copying his slight German accent and “melody” with which his boss spoke. Although the CEO had realised he had fallen victim to a scam before he made the second payment, the first payment had already been moved from the original Hungarian bank account to a Mexican account and consequently split the payment into accounts in various locations. However, investigators and police are still unable to find any suspects.

20 Fraud Trends for 2020
https://secure.efraudprevention.com/predictions.html
Extract: Fraud makes its way into pop culture and social networks: Popular culture and social media are making fraudulent methods more common and easier to access, leading to more fraud attacks against banks, lenders and finance companies. Fake check scams: Fake check scams are up 65 percent since 2015 and this trend will continue to rise. Most fake check scams involve a job offer, an income opportunity of some kind or involve selling items online. Ransomware attacks: Ransomware developers will make their code more evasive so that they can establish a foothold in a system, encrypt more data without being noticed, and possibly scale operations to other networks.

How North Korean Hackers Rob Banks Around the World
Excerpted from The Hacker and the State, by Ben Buchanan.
Buy on Amazon.
COURTESY OF HARVARD UNIVERSITY PRESS
https://www.wired.com/story/how-north-korea-robs-banks-around-world/
Extract: During the first decade of the 2000s, the US made great progress in thwarting North Korea’s illicit behavior, especially its counterfeiting operation. A law enforcement campaign stretching to 130 countries infiltrated the secret trafficking circles and turned up millions of dollars in bogus bills. In one dramatic scene, authorities staged a wedding off the coast of Atlantic City, New Jersey, to lure suspects and arrest them when they showed up. The US Treasury Department also deployed its expanded Patriot Act powers, levying financial sanctions on the suspect bank in Macau and freezing $25 million in assets.

It should be no surprise that hacking would be one of these. As The New York Times has reported, North Korean leadership has taken care to identify promising young people and get them computer science training in China or even — undercover as diplomats to the United Nations — in the States. Once trained, the North Koreans often live abroad, frequently in China, as they carry out their cyber operations. This gives them better internet connectivity and more plausible deniability of North Korean government ties, while still keeping them out of the reach of US law enforcement. These North Korean hackers have carried out a systematic effort to target financial institutions all over the world. Their methods are bold, though not always successful. In their most profitable operations, they have manipulated how major financial institutions connect to the international banking system. By duping components of this system into thinking their hackers are legitimate users, they have enabled the transfer of tens of millions of dollars into accounts they control. （Auntie 的推介：中國和澳門協助北韓打劫銀行。）

Cyber Warfare: Modern Front-lines
Caleb Townsend (Staff Writer)
United States Cybersecurity Magazine
https://www.uscybersecurity.net/cyber-warfare/
Extract: Cyber Warfare is a broad term that defines a nation state sanctioned attack on a computer system of another country. One accomplishes this by means of hacking, computer viruses, and the like. CYBER WARFARE: FIRST AS A TERM, THEN AS A THREAT. However, in some respects, cyber warfare is a hard term to fully define. Many often view the term itself is as a misnomer, due to the fact that a full out cyber war has not happened before. In fact, offensive cyber actions committed in history have been rejected and disavowed by those involved. Additionally, many experts question what full out cyber warfare would even look like. However, despite these misgivings, a wide range of states, including the United States, Russia, China, Iran, and Vietnam have offensive and defensive cybersecurity operations and capabilities. Actors will often leverage these threats that, in the very least, support more traditional means of warfare.